Ville de Longueuil favours sustainable, reliable modes of transportation. As such, it is developing the territory in an integrated and innovative manner, thus improving public health, quality of life, the environment, public spaces, security, and the metropolitan positioning of the Agglomération. To that end, in September 2013, the city adopted its Plan de mobilité et de transport 2035 (in French), which proposes new ways of building living environments to better integrate public transit and active transportation corridors into urban planning and design.

Longueuil is the only city on the South Shore with a metro station. Located at the foot of the Jacques-Cartier bridge, the Longueuil–Université-de-Sherbrooke metro station is the largest intermodal terminal in Québec. With 42 platforms and 1,880 parking spaces, it is Greater Montréal’s largest and busiest bus station.

Strategically located nine minutes from downtown Montréal, Longueuil’s metro station provides you with unparalleled access to a large workforce and provides your employees with a fast, efficient mode of transportation. In addition, an indoor pedestrian network connected to the metro station provides a link between Longueuil’s overground walkways and Montréal’s underground city.

Easily accessible to motorists via Routes 132 and 134, the Longueuil–Université-de-Sherbrooke metro station has approximately 1,880 parking spaces and a loading zone with a waiting area.

Close to downtown Montréal and benefiting from the Jacques-Cartier Bridge, a bus terminal, a metro station and the Route verte, Longueuil is strategically positioned to encourage commuter travel on its territory.

Ville de Longueuil laid the foundations for its bike path network in the 1980s. Since then, the network has grown to a total of 168 km, ranking Longueuil second among Québec’s major cities in terms of network length per capita. According to a study conducted in 2015 by Vélo Québec, Longueuil is home to 135,000 cyclists of all ages, which means that 55% of Longueuil’s residents are at least occasional cyclists.

The city’s vision is based on the principle that cycling is a means of transportation in and of itself and that it should form an integral part of the road network and public transit, rather than be considered strictly as a recreational activity. In June 2018, the city tabled its first draft of the Plan directeur des déplacements cyclables and launched a broad consultation process with its residents. Among other items, the plan proposes to double the length of the existing réseau cyclable by adding 137 kilometres, to upgrade non-compliant street-level bike lanes, to improve the quality of surfaces and facilities, to improve lighting and safety, to create an additional 300 bike parking spots in public areas, and to install 12 new bike shelters in locations adjacent to public transit corridors. In order to meet its objectives, the city plans to invest $54 million over 15 years.

70 bikes available at 6 stations, 24 hours a day, 7 days a week, from April to November.
BIXI helps Longueuil support and develop transportation solutions for its residents.

The Réseau de transport de Longueuil (RTL) made more than one billion trips since its inception. It is Québec’s third largest transit corporation, covering an area of 282 km2. Its territory includes the five municipalities of the Agglomération de Longueuil: Boucherville, Brossard, Saint-Bruno-de-Montarville, Longueuil and Saint-Lambert.

Most bus lines serve the Longueuil, Downtown or Panama terminals, two serve the Papineau and Radisson metro stations, and the others (including taxis) travel within the territory. The RTL also connects buses to other modes of transportation, such as commuter trains and the metro.

The network is structured in such a way as to meet the needs of users and minimize travel time, based on statistical data. Users in the southern part of the territory have more direct access to the Downtown terminal, while those in the northern part are closer to the Longueuil terminal. The same goes for the main arteries, where most points of interest are located.

The RTL’s vision for 2022 is to be the main mover of people in the Agglomération de Longueuil. It will become central to the lives of people and the community by providing efficient, innovative and responsive mobility solutions in the evolving social, economic and environmental context of the next ten years.

Exo is a public transit authority that began its operations on June 1, 2017, taking over the commuter train network from the Agence métropolitaine de transport (AMT), as well as the bus and paratransit networks from the North and South Shore transit corporations.

Exo’s territory is mainly made up of the municipalities that form the Communauté métropolitaine de Montréal (82 municipalities), including Longueuil.

All stations are equipped with bike racks and many also feature park-and-ride lots.

One of Ville de Longueuil’s objectives in the fight against climate change is to promote sustainable development and ecomobility. Several initiatives have been launched in recent years, such as the Plan de mobilité active, the expansion of the bike path network, the promotion of active modes of transportation, the implementation of reserved traffic lanes, and the expansion of the city’s fleet of electric vehicles— all concrete actions that consolidate Longueuil’s commitment and enable the city to offer its residents a high-quality, eco-friendly living environment.

The electrification of the public transit networks will also play a role in reducing the city’s ecological footprint while creating new development opportunities for the region in the clean energy sector. As a centre of expertise, innovation, and excellence in electric transportation, Longueuil is committed to supporting the advancement of electric transportation on its territory. To that end, it works with specialized companies to develop a niche in vehicle electrification and promote smart, sustainable transportation.

Longueuil has 31 electric vehicle charging stations on its territory, including three fast chargers, making it one of the leading cities among those belonging to Québec’s Electric Circuit. For the location of the charging stations in Longueuil, see the interactive map

Are you planning a project?
Conctact us! 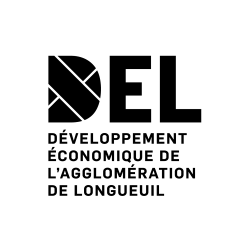 The central park in the Roland-Therrien hub will be the size of 9 football fields.